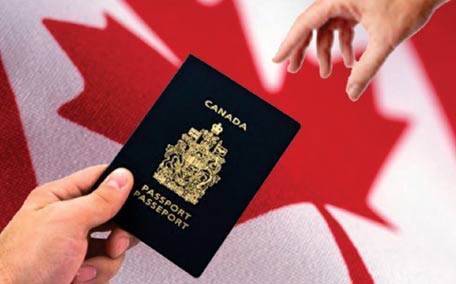 Canada’s plan to revitalize the population by stimulating Immigration growth

Canada has been constantly growing over the last few decades thanks to policies regarding Immigration. Recently, the Canadian government has made a strong claim that it wants to increase the amount of immigrants into the country. With a plan of bringing in one million new immigrants from around the world, between 2018 and 2020. This plan will greatly benefit the economy. Canada’s Immigration plan for immigrants means the potential for more businesses to open up and more skilled workers to come into Canada.

This ambitious plan is broken down:

Economic, Family Reunification and Refugee programs. For specific numbers and a breakdown of the sections, follow this link: www.canada.ca/en/immigration-refugees-citizenship

While the increase of new immigrants is favorable. The government of Canada needs to ensure that all of the newcomers coming into social programs get the support they need in order to succeed. Flooding Canada with waves of new immigrants won’t help out the existing ones. The infrastructure can barely support the ones we have. Thus, for proper integration into the Canadian community the Government will need to provide more support for new immigrants.

Michelle Rempel has taken a cynical view towards the new proposal, stating that:

“It is not enough for this government to table the number of people that they are bringing to this country. Frankly the Liberals need to stop using numbers of refugees, amount of money spent, feel-good tweets and photo ops for metrics of success in Canada’s immigration system.”

Some merit does stem from Rempel’s argument. However, the long term forecasting plan will allow provincial governments to plan for the future and set aside the required assets necessary for the successful integration of new Immigrants. The Government will need to help out the newcomers and ensure the success of their integration which will lead to a vigorous and fruitful future in Canada.

So what does this mean for Canadians?